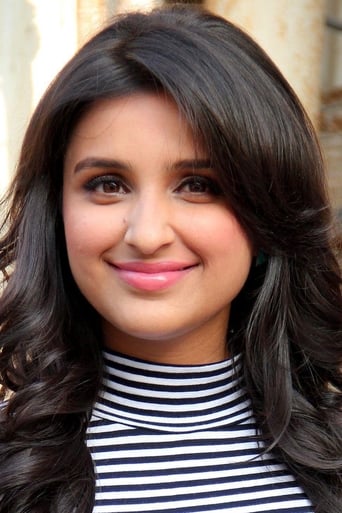 Chopra initially aspired to pursue a career in investment banking, but after obtaining a triple honors degree (in business, finance and economics) from Manchester Business School she returned to India during the 2009 economic recession and joined Yash Raj Films as a public relations consultant. Later, she signed a three-film deal with the company as an actress. Bollywood
Drama ,Action, Romance,
132
min
Ishaqzaade
While fighting for the political supremacy of their respective families, a Hindu man and a Muslim woman share a forbidden romance..
Trailer Watch Now Bollywood
Comedy ,Horror, Action, Fantasy
151
min
Golmaal Again
Gopal and his best friends are back again, and this time they move back to their old neighborhood in a new palatial house where they learn that it is ...More.
Trailer Watch Now Bollywood
Drama ,Romance,
119
min
Meri Pyaari Bindu
Abhimanyu Roy is stuck with writer's block until he decides to re-live the memories of his childhood sweetheart Bindu who aspires to be a successful s...More.
Trailer Watch Now Bollywood
Action ,Drama, History,
151
min
Kesari
In 1897, an army of 21 Sikhs battles 10,000 Afghans to prevent the Saragarhi Fort from being taken down..
Trailer Watch Now