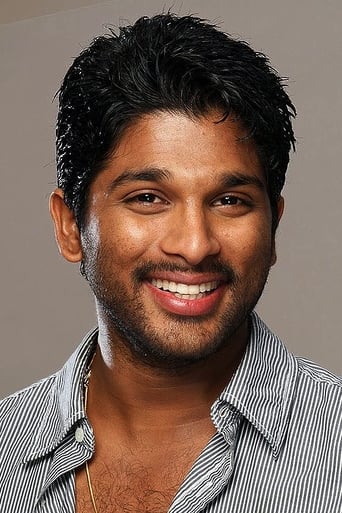 Allu Arjun is an Indian film actor known for his work in Telugu cinema. He has won two Filmfare Best Telugu Actor Award for Parugu and Vedam, two Nandi Special Jury Award for Arya and Parugu, and CineMAA Award for debut for Gangotri. In addition to films, he is currently the brand ambassador for Joy Alukkas, Colgate, Lot Mobiles and 7 Up.

Hindi Dubbed
Action ,Thriller,
138
min
Iddarammayilatho
A young woman becomes embroiled in a financial and political conspiracy while studying in Spain, as she meets a young musician with a somewhat dark pa...More.
Trailer Watch Now

Hindi Dubbed
Comedy ,Action,
162
min
Race Gurram
Ram and Lakshman, aka Lucky, are brothers who are polar opposites in nature. Their mother wishes to see them united..
Trailer Watch Now

Hindi Dubbed
Drama ,Action,
162
min
Son Of Satyamurthy
The son of a rich businessman struggles to save his father's wealth after his demise. However, he faces many challenges when he becomes the sole bread...More.
Trailer Watch Now

Hindi Dubbed
Action ,Drama,
161
min
Sarrainodu
Only one man can stop a villain who, backed by his father, brutally murders anyone who gets in the way of his unscrupulous real estate deals..
Trailer Watch Now