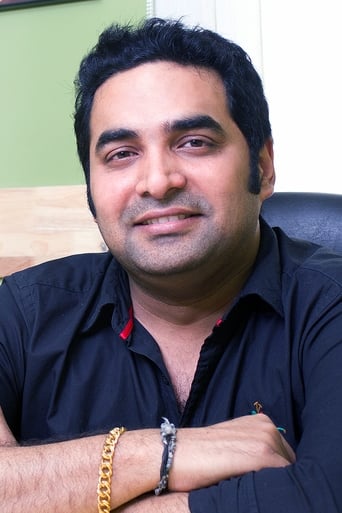 Gopi Sunder is a National Award winning Indian musician, film score composer, programmer and singer. He has composed music for more than 5000 advertisements, programmed music for many major composers and composed the music for nearly 50 Indian films to date He was born in Cochin into a musical family, was an associate to the composer Ouseppachan for a long time. Sunder's father was a friend of Ouseppachan, which made Sunder a leading member in the troupe of the prolific composer. In popular songs like "Aankhon mein teri'" (Om Shanti Om) and "Ek Main Aur Ek Tu Hai" (Bluffmaster), keyboard programming was done by him. His entry into the film industry came when director Roshan Andrews approached him with an offer to compose the background score for his movie Notebook which made him one of the most demanded background scorers in the Malayalam movie industry. He then went on to compose the background score for the movie Big B, starring Mammootty, which marked his breakthrough in the film industry. Director Sibi Malayil approached him to compose the soundtrack and background music for his Mohanlal production Flash. His next project as a composer was in Amal Neerad's big budget movie Sagar Alias Jacky Reloaded. His work in this movie was praised by the audience. The songs he composed for Amal Neerad's Anwar featured in the charts for many weeks. His songs and background music in the Malayalam film Ustad Hotel made him one of the leading composers in the film industry. Recieved the 62nd National Film Award for his Background Score in the movie 1983