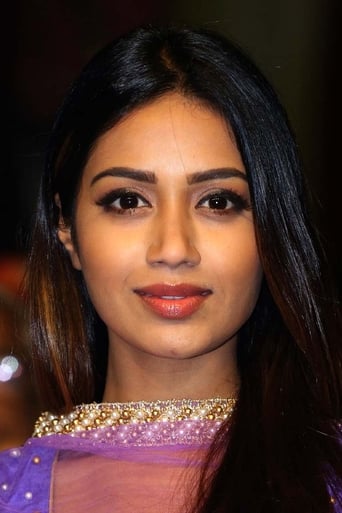 Nivetha Pethuraj, is an Indian film actress and model who appears in Tamil language films. Nivetha Pethuraj was born in Kovilpatti. She spent early schooling in Madurai, settled in Dubai for over 13 years. She attended Dubai’s Crescent English High School and holds a degree in human resources management from Heriot Watt University in Dubai UAE.She started her career with modelling and was crowned as Miss India UAE pageant by beating 15 contestants at Al Raha Beach hotel in Abu Dhabi on April 11, 2015.

Tamil
Action ,Drama,
156
min
Thimiru Pudichavan
A cop tries to bring a lot of positive changes in a city which is polluted by a goon’s actions..
Trailer Watch Now

Tamil
Action ,
150
min
SangaThamizhan
A village is protesting against the setting up a copper plant, but when their leader dies, the corporate company behind the plant sends in a look-alik...More.
Trailer Watch Now

Hindi Dubbed
Science Fiction ,Thriller, Adventure,
130
min
Tik Tik Tik
An asteroid, which is expected to hit Chennai and its surrounding places, poses a threat to the lives of around four crore people. A five-member team ...More.
Trailer Watch Now

Hindi Dubbed
Drama ,Romance,
131
min
Chitralahari
Vijay is a down-on-luck mechanical engineer who’s looking for that big break in life. Both his personal and professional lives are a mess; will he e...More.
Trailer Watch Now