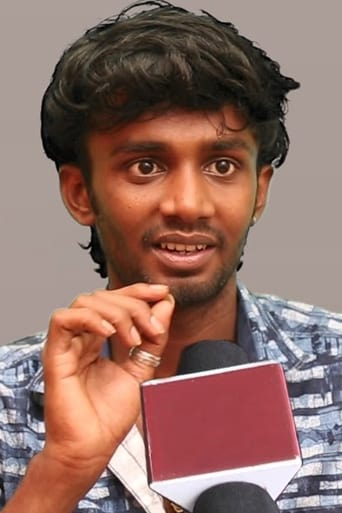 Dhina aka Dinesh M is an Indian Actor and a Television star who become famous for his comedy skills. He along with KPY Sarath Participated in Kalakka Povathu Yaaru Season 5 and was one of the finalists in the season. Dhina also made his entry as an actor through Dhanush’s movie “Power Pandi“. He played the role of hero’s teenage friend. KPY Dhina aka Dheena was born and brought up in Thiruvarur, Tamil Nadu, India. He was born on 17 August 1991. Dhina did his schooling at Veludaiyar Higher Secondary School which is located in Thiruvarur and then moved to Mayiladudurai to pursue his graduation in the field of Instrumentation Engineering at A.V.C. College of Engineering. From his college days, he was much interested in acting and trolling others.

Tamil
Action ,Thriller,
147
min
Kaithi
A prisoner on parole, who’s on his way to meet his daughter, is enlisted by an injured police officer to protect a few cops. With the entire lot of ...More.
Trailer Watch Now

Tamil
Action ,Thriller,
179
min
Master
An alcoholic professor is sent to a juvenile school, where he clashes with a gangster, who uses the children of the school for criminal activities..
Trailer Watch Now

Tamil
Action ,Romance,
140
min
Pulikkuthi Pandi
A ruthless youngster becomes a kind and humble husband for his wife but as fate turns brutal, his patience is tested..
Trailer Watch Now