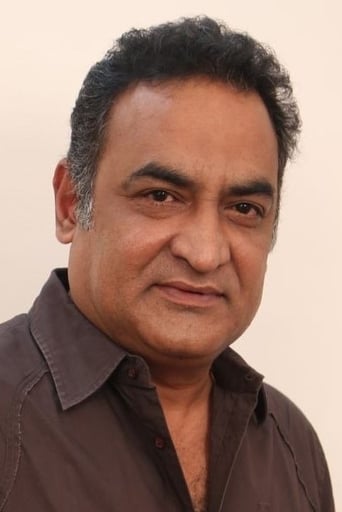 Aadukalam Naren is an Indian film actor who has appeared in Tamil language films. He made his debut in 1997 film Raman Abdullah but he got noticed for his role in the 2011 film, Aadukalam directed by Vetrimaaran, with the film being used as a prefix to his screen name. He earlier appeared in Balu Mahendra's television series Kathai Neram.

Tamil
Drama ,Action,
112
min
Kattu Paya Sir Intha Kaali
A cop prone to violence is tasked with capturing a psycho who has been setting vehicles belonging to employees of a financier on fire..
Trailer Watch Now

Tamil
Thriller ,Horror,
133
min
Aruvam
A food safety officer and a teacher who has no sense of smell come together to fight the practice of food adulteration and its devastating effect on p...More.
Trailer Watch Now

Tamil
Drama ,Family,
120
min
Maayanadhi
A doting father and her daughter, who aspires to become a doctor..
Trailer Watch Now

Hindi Dubbed
Action ,
144
min
Eetti
An athlete with a rare bleeding disorder gets into a perilous situation where he has to take on a fake currency racket..
Trailer Watch Now

Hindi Dubbed
Drama ,Action, Comedy,
126
min
Uchathula Shiva
A happy-go-lucky taxi driver gets unexpectedly entangled in a series of problems when he encounters a girl who is on the run for her life..
Trailer Watch Now

Hindi Dubbed
Romance ,Comedy, Drama,
138
min
Velainu Vandhutta Vellaikaaran
Murugan is the go-to man for MLA 'Jacket' Janakiraman who is in the good books of the minister of state. Murugan falls in love with an aspiring cop, A...More.
Trailer Watch Now

Tamil
Comedy ,Romance,
110
min
Biskoth
The son of a biscuit maker grows up as a worker in the company that his dead father founded. One say, a guardian angel walks into his life, and tells ...More.
Trailer Watch Now